The Celestial Event is a hardmode event that begins once the player defeats the Golem, followed by the Lunatic Cultist.

To trigger the Celestial Event, the player must defeat a group of Ancient Cultists outside the world's dungeon (after the Golem). This summons the Lunatic Cultist, who utilizes a large assortment of spells to create decoys, summon Phantasm Dragons, and more, to attack the player. If the player is killed by the boss, the group of cultists will spawn back outside the dungeon the next day, so that another attempt can be made.

He will always drop the Ancient Manipulator, a crafting station that becomes useful for crafting several powerful weapons.

After defeating the Lunatic Cultist, the main portion of the event starts, indicated by the message, "Celestial creatures are invading!"

Four pillars spawn across the world, with each having their own enemies, music, and backdrops. Each pillar has 20,000

, and spawn with a forcefield that can only be taken down by defeating the enemies that defend them. It takes 100 kills, or 150 in Expert Mode, to destroy the forcefield.

The pillars are vulnerable without seeing them if the enemies stop giving off particle effects when killed that move towards the pillar.

Neither the pillars nor the enemies drop coins, however, the pillar-themed enemies drop banners on each 50th kill. Additionally, each pillar will drop fragments, depending on which pillar it is. 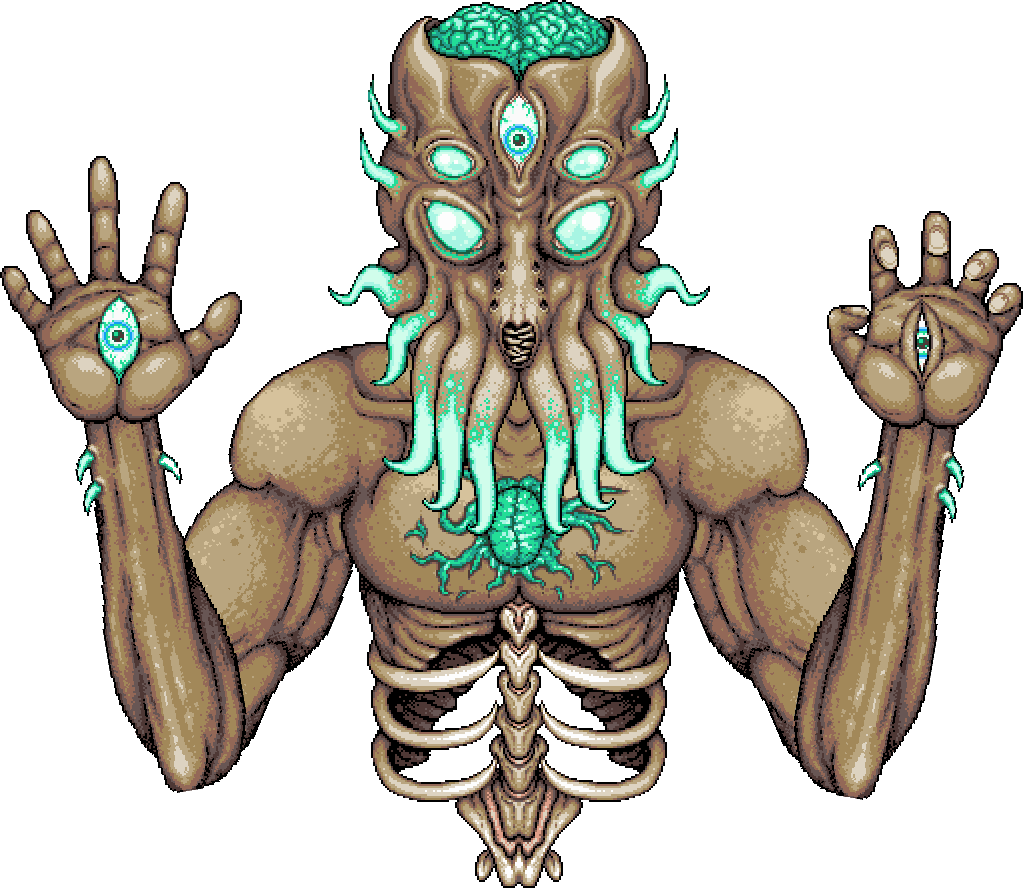 Once the four pillars are destroyed, a message reads, "Impending doom approaches...", and the screen starts to blur and shake. This signals the arrival of the Moon Lord, who takes roughly a minute to spawn after the last pillar's destruction. The Moon Lord is considered the final boss of Terraria, and is one of the most difficult fights a player will encounter. Winning or losing the fight will cause the Cultists to respawn back at the Dungeon entrance, allowing the event to start all over again.

He will drop a powerful end-game weapon and some Luminite if defeated.