The Clentaminator is a Hardmode tool which can be used to create or destroy biomes. It uses Solutions as ammunition, with each Solution spreading a different biome. It has a similar firing pattern to the Flamethrower, but has a much longer range, fires through blocks and works in water. The Clentaminator is generally the fastest means of spreading or removing Hallow, Corruption and Crimson. It can also rapidly convert Jungle to Glowing Mushroom biome and vice versa.

The Clentaminator as well as most Solutions can be purchased from the Steampunker for 2 and 25, respectively.

The Clentaminator cannot be reforged, and therefore cannot have modifiers. 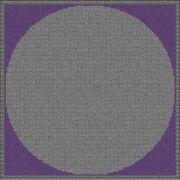