The Death Sickle is dropped by the Reaper. It can be useful for charging into a group of enemies. The Death Sickle flings small flying sickles that attack enemies and can pass through walls. After engaging they stay able to attack enemies closing in. Projectile's speed and range are based on your attack speed; the more attack speed one has, the further it travels. It can be used to cause a large amount of DPS if the enemy is trapped and is repeatedly hit by the projectiles. The Death Sickle is a direct upgrade to the Ice Sickle. 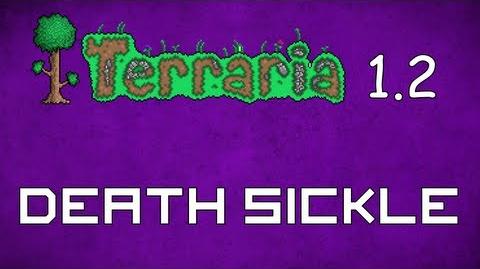 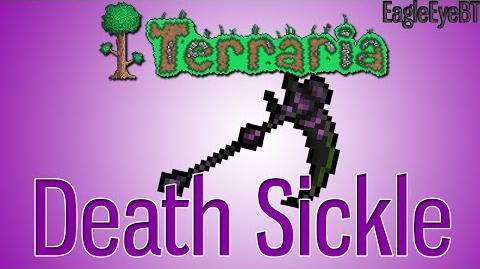 Terraria Death Sickle "Ohhhh Creepy!!" Help and Howto!
by Simmons666
Add a photo to this gallery 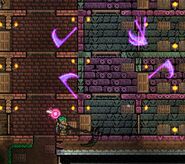 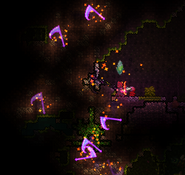 Combined with Fire Gauntlet makes it a great scouting tool.
Add a photo to this gallery

Retrieved from "https://terraria.fandom.com/wiki/Death_Sickle?oldid=603507"
Community content is available under CC-BY-SA unless otherwise noted.