Dyes are a material that can be used to change the color of items in armor or vanity slots.

Dyes are placed in a third item slot next to armor and vanity slots called "Dye". Placing a dye in the respective slot (i.e. helmet, body, and legs) will turn that part of armor into the color of the dye. Certain Strange Plant dyes can also add an animated effect. Dyes can be removed from the slot to return the armor/vanity items to their original colors. It is also possible to mix and match dyes, having certain pieces of armor different colors than others.

Dyes can be crafted at a Dye Vat, a crafting station purchased from the Dye Trader for 5

The Dye Vat works just like every other crafting station; stand over it with the necessary ingredients and click the dye you would like to make.

The following dyes are crafted from raw materials. They do not require other dyes to be made. They all require the material listed at a Dye Vat.

The following dyes are made from combining other dyes at a Dye Vat.

Bright Dyes can be made by combining silver dye to many others.

The following are two dyes working to color the same item. They are combined into one working slot at a Dye Vat.

Many dyes can be added to either silver or black dyes to make a conjoined set.

These dyes are obtained from trading strange plants with the Dye trader.

The following dyes are crafted from raw materials. They do not require other dyes to be made. They all require the materials listed at a Dye Vat. These dyes are exclusive to the Desktop and latest-gen Console versions. 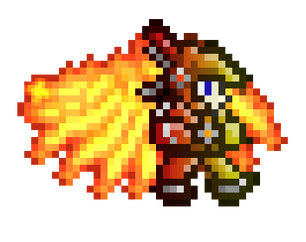 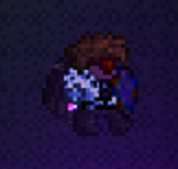 Add a photo to this gallery

Retrieved from "https://terraria.fandom.com/wiki/Dyes?oldid=598396"
Community content is available under CC-BY-SA unless otherwise noted.