Bookcase
The Golden Shower is a spell tome that fires three streams of ichor at a very fast speed; these spread out in an arc and have a very wide range. The projectiles are able to pierce up to five enemies at a time. The projectiles will lower the defense of any monster hit by its stream, making this Weapon extremely helpful during boss battles as well as crowd control. This effect that lowers defense is extremely useful when using a damage-over-time weapon (Scourge of the Corruptor, Cursed Flames, Piranha Gun, etc.). This weapon is the Crimson counterpart of the Corruption's Cursed Flames.

The arc of the Golden Shower 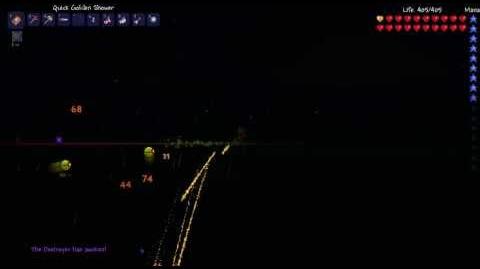 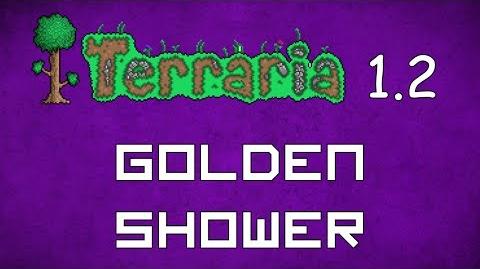