Summons a block of ice

The Ice Rod is a spell which can create ice blocks. The blocks can be walked on as well as block enemies from passage, but will "melt" only a few seconds after creation. The ice blocks will be placed wherever the user's cursor is, but gets destroyed if the cursor and the user's path has any obstructing blocks.

The Ice Rod can be a useful way to descend into deep caves if the player does not have a way to prevent fall damage, or to get to floating islands with rocket boots or wings as they can be shot under oneself to provide platforms, resetting the player's flight item's charge. The ice block also emits a blue light and some light particles, to differentiate from normal Ice. 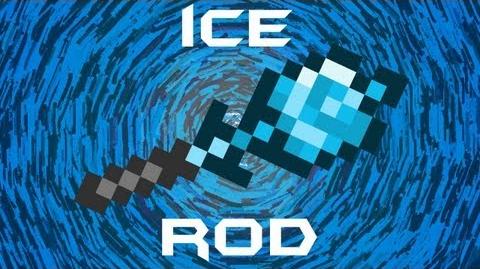 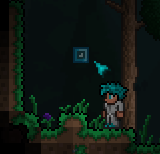 An Ice Block in the midair.

Ice Rod can be used to start building in mid-air

Ice Rod used to create a shield against projectiles
Add a photo to this gallery
Retrieved from "https://terraria.fandom.com/wiki/Ice_Rod?oldid=593866"
Community content is available under CC-BY-SA unless otherwise noted.