What a beautiful night! With your recent victory, the world seems more at peace, and these lanterns are in celebration of that.

The Lantern Night is a peaceful event that generally occurs the night after a boss or invasion has been defeated for the first time. During the event, many lanterns can be seen floating up into the sky in the background. The player will have a flat +0.3 increase to their luck stat and the Party Girl will sell the Release Lantern.

If a boss is summoned during the event, it will stop, and will not continue even after the boss despawns. However, if a Lantern Night is set to start but a boss or event is active when night begins, the Lantern Night may be pushed back instead; see the Notes section below for details.

In addition, a Lantern Night fulfills the requirements for Enchanted Nightcrawlers to spawn naturally only if a Meteor Shower is also ongoing.[1]

The Guide may display one of these two quotes during a Lantern Night: 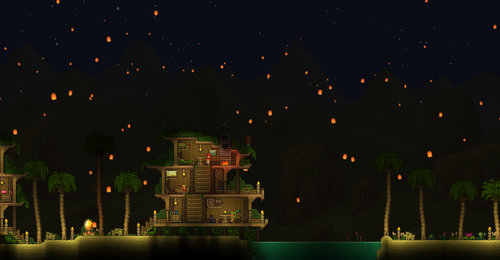 The Lantern Night seen from the Desert. 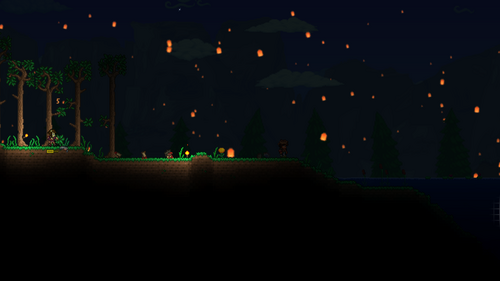 The Lantern Night seen from the Forest.