Venom Staff
The Poison Staff is a spell that shoots four poison fangs in the direction of use. The fangs spread out randomly in a narrow angle and fly in straight lines for an indefinite distance, given that their trajectory is not interrupted by a solid block. One of the four will always traverse the position of the cursor at the time of use while the other fangs will fly above or below. The poison fangs will pierce through enemies and inflict the Poisoned debuff on them.

The Poison Staff while in use 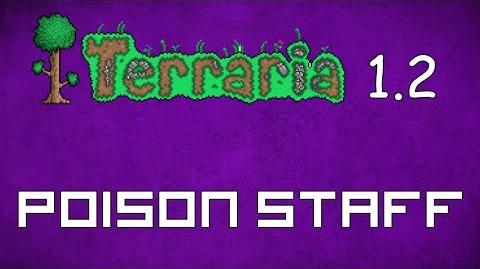