No Value
Pulsating Hearts can be found underground in The Crimson, and serve as the Crimson's version of the Shadow Orbs, which are found in The Corruption. When three are broken, the Brain of Cthulhu will spawn.

Pulsating Hearts will usually be confined in Crimstone Blocks, which is similar to Ebonstone, but, like most things in The Crimson, is red. However, sometimes when the Crimson is generated too close to another biome such as the Snow Biome or the Underground Jungle, the Hearts may end up being only partially encased, or sometimes not at all.

Upon destroying a Pulsating Heart, one of the following messages will be displayed in the bottom-left corner of the screen:

The player may also see one of the following messages some time after breaking any number of hearts (see linked articles for details on these events): 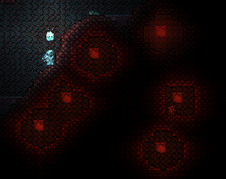 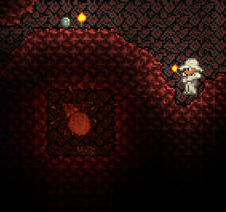 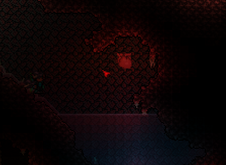 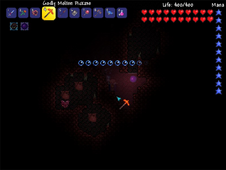 A Rare Bug where 3 Pulsating Hearts and a Crystal Heart appear in the same room.

A heart spawned in the cave.
Add a photo to this gallery
Retrieved from "https://terraria.fandom.com/wiki/Pulsating_Heart?oldid=598817"
Community content is available under CC-BY-SA unless otherwise noted.