Creates a shadow beam that bounces off walls.

The Shadowbeam Staff is a spell that is a 3.33% drop from Necromancers in the Dungeon during Hard Mode (after Plantera has been defeated).

When used, the Shadowbeam Staff will fire a purple beam which extends to its full length as soon as it is cast, including taking into account any changes in trajectory from hitting walls. 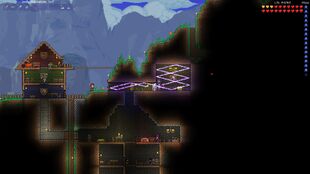 The Shadowbeam is capable of bouncing off of surfaces. 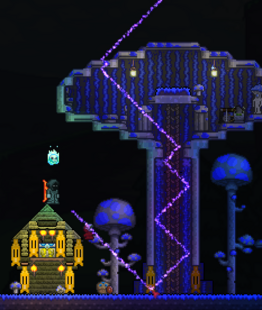 Relatively rare glitch where beam goes through a single block. 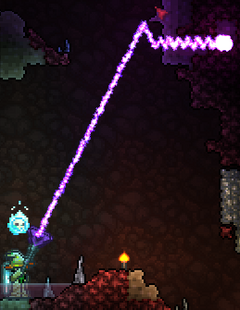 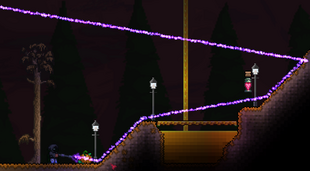 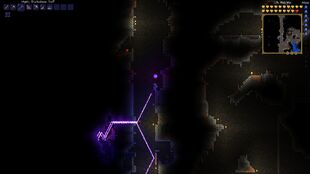 Another rare glitch, when beam goes through multiple tiles.

Shadowbeam Staffs total range of 114 blocks, wooden platform in the line is 10th in series.
Add a photo to this gallery
Retrieved from "https://terraria.fandom.com/wiki/Shadowbeam_Staff?oldid=585742"
Community content is available under CC-BY-SA unless otherwise noted.