The Slime Statue is a functional Statue found Underground. When Wired to a Trigger, the statue will spawn a Blue Slime. Up to three statue-spawned slimes may be alive at one time. The statue is commonly used as an infinite source of Gel, which, among other things, is used as ammo for the Flamethrower. It can also be used to farm the Slime Staff. 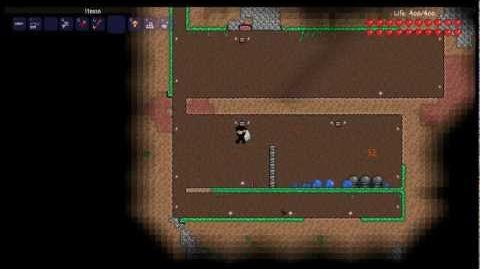 High-efficiency, lava-based gel generator
Add a photo to this gallery
Retrieved from "https://terraria.fandom.com/wiki/Slime_Statue?oldid=578272"
Community content is available under CC-BY-SA unless otherwise noted.