Not to be confused with the mobile and console-exclusive Spectral Armor.

Mythril Anvil
Orichalcum Anvil
The Spectre Armor, consisting of the Spectre Hood/Mask, Spectre Robe, and Spectre Pants, is a set of caster armor added in the 1.2 update. Spectre Bars are required for the crafting of the pieces. It takes 54 Spectre Bars to make a complete set of armor.

When the full set is worn, the player will turn transparent and pale, giving them a ghostly appearance, along with any other visible accessories.

When a player has the full set of Spectre Armor equipped, they will receive a bonus depending on which helmet they have equipped: 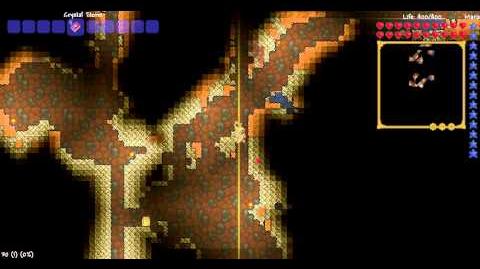 Casters be lookin' awesome this update.

Spectre Mask
Add a photo to this gallery
Retrieved from "https://terraria.fandom.com/wiki/Spectre_Armor?oldid=599467"
Community content is available under CC-BY-SA unless otherwise noted.