The Starfury is a sword that, when swung, will summon a star from the sky. The damage caused by the falling star is approximately 45-58. The Starfury can be found in Skyware Chests in Floating Islands. This is the pre-hardmode version of the Star Wrath. 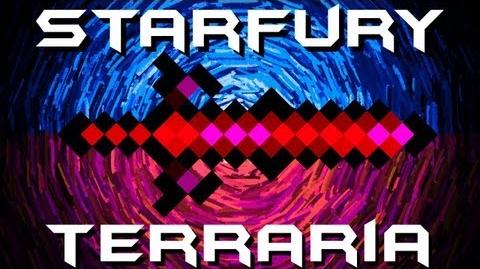 The Starfury is very useful for defeating large hordes of enemies, thus making it useful during Blood Moons or Goblin Invasions.

The Starfury being swung
Add a photo to this gallery

Retrieved from "https://terraria.fandom.com/wiki/Starfury?oldid=597929"
Community content is available under CC-BY-SA unless otherwise noted.