The Axe is a Hamaxe that looks very much like a guitar. It is a rare drop from Plantera, a Hard Mode boss in the Underground Jungle. When swinging The Axe it plays an electric guitar sound effect. It can be used as a weapon with its auto-swing and high base damage and it is currently the best hammer and axe in the game.

A player wielding the Axe. 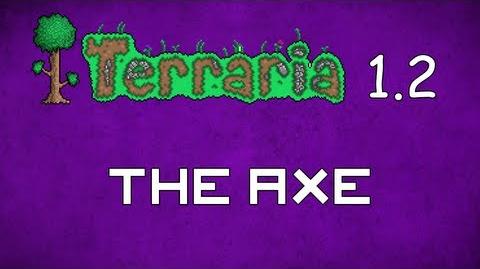 The Axe - Terraria 1.2 Guide New Melee Weapon!
Add a photo to this gallery

Retrieved from "https://terraria.fandom.com/wiki/The_Axe?oldid=592241"
Community content is available under CC-BY-SA unless otherwise noted.