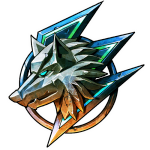 Note: If you need anything in the vanilla game of Terraria, feel free to ask me. I will be on chat at around


Hi! I, of course I started this wiki account on the 3rd of June in 2012. I did know that Terraria was released on 16th of May, but I bought the game the 17th of May, or in others words, a 1 day after. I also play Minecraft, which led me to this game.

Anyway, people in chat prefer me describing my accessories and recommendations. So here it is - (no weapons because that needs a list of its own) They're all "Menacing" (excluding Armor and Pets) -- by the way (exceptions explained).

There would be no use for me to continue with one character as I want to have a variety of accessories, weapons and armor -- being focused on. Since I'm an endgame player, remaining items could been put to more of a "use".

(To the right is a picture)

All of these are Menacing, so its quite hard to defeat my character (Attacking is the best defense maybe?)

Quite a dangerous set, and because of Turtle Armor, I use this character more than my main one. (Applies to 1.2 - My main one has been in Terraria since 1.0. Same one but changed overtime :) )

A more balanced boosting abilities at its best

Definitely another dangerously high attacker. I had to risk my Amber Mosquito, which is ultra-rare item, to get the Dinosaur despite having low defense.

Sky City Failure (Don't worry, it's fixed now and the Truffle likes it!)

Retrieved from "https://terraria.fandom.com/wiki/User:IceMyCool64?oldid=518845"
Community content is available under CC-BY-SA unless otherwise noted.