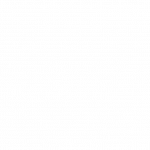 Hello! I'm Jonathang. I don't know what else to say about myself, but I'm into Minecraft, Terraria, and some other games online. I use a clicker since my mouse and touch pad don't work very well. Joined in the wiki at 3rd October 2013, but started being active since the huge 1.2 update.   Not active in this wiki anymore since 2016. Not bothering on updating my user page from all those years ago, lol. I'll also maybe edit only when I see vandals or if it's an easy edit like spelling/grammar errors.

My first character in Terraria. Based from my first and last name. (Which I don't have to mention.)

(Yes, this is the character's name.)

P.S: The 1.2.3+ was supposed to look like that, but because of a bug, the Crimson Cloak isn't visible on normal gameplay. (Only when the window is unfocused it is.)

Based on a pokemon creepypasta with the game literally made for it.

First picture: Prior from 1.2. Second picture: After defeating Wall of Flesh.

It's been a year since I started out fresh! (Halloween 2012), and this time, it's harder for my new character to survive! (Hardly used anymore. :/)

Mediumcore (Before defeating Wall of Flesh)

Softcore (After defeating Wall of Flesh)

Before defeating WoF Limitations: Only allowed to play in the world "Marlinspike" and AT MULTIPLAYER (Least used character. :P), until he is pro (500 HP, 40+ defense, one damage category should be above 20%) enough to enter other worlds in single player. World is limited to only newbies and Marlin.

These rankings are my opinion, so if they seem stupid, it's just my opinion. :P

Some random stats of my gameplay in Terraria

Alright, I'm being honest here, no one is perfect, especially me. I've made 5 mistakes so far, which I or other people undone..

Retrieved from "https://terraria.fandom.com/wiki/User:Jonathang?oldid=603544"
Community content is available under CC-BY-SA unless otherwise noted.