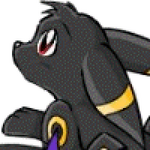 With patch 1.1 now out, I've decided to resume playing Terraria in order to check out all the new changes that were made since patch 1.0.6.1. Lately, I've been trying to update numerous pages with new information, adding new images from patch 1.1, linking the new pages to various categories, and overall, trying to keep this Wiki up-to-date. Sadly, it'll take me a while to get to all the hardmode world stuff, as I've started a new world with a new character in order to get the full experience.

Some things that I plan to do later on:

- Update the various boss guides, possibly splitting them into their own pages.

- Create new boss guides for each of the new bosses that were added.

- Update the PvP guide with all the new items and trap mechanisms that were added. I'm also thinking about deleting all those outdated classes that have been sticking around since after patch 1.0.6 was released. (They wouldn't work with all the changes that have come since they were 1st created, and since nobody felt like updating them, I might as well delete them.)

Well, 1st of all, I'm a video gamer with over 15 years of experience. My favorite gaming genre of all time is 2D platform gaming, with some of my favorite game series including Super Mario Bros., Donkey Kong Country, Kirby, Metroid, Wario Land, and most recently, Castlevania.

Retrieved from "https://terraria.fandom.com/wiki/User:Shadow_Wolf_TJC?oldid=181716"
Community content is available under CC-BY-SA unless otherwise noted.