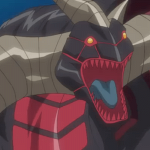 What you are browsing right now is the current version of my talk page. All previous discussions are moved from this page to the archives to the right when this page gets too large or when a certain amount of time passes (I prefer to do it every two months). Please do not edit the archives: leaving messages is what this page is for. Thanks, and happy editing! Oscuritaforze (talk) 03:44, February 26, 2015 (UTC)

hello Oscuritaforze. thank you for warm wellcome. i will use your advices for sure. everything best.  :) Athemnea (talk) 21:21, February 2, 2014 (UTC)Athemnea

Oh woops! Sorry about that! So do I post it on Imageshack or Tinypic first, THEN post in on my profile? Or do I not post it on my profile at all? And sorry if I'm not doing this right, this is my first time posting on someones profile.  DubstepWhale (talk) 17:35, February 9, 2014 (UTC)

No worries, it's not really a major concern. :)

Anyway, from my understanding, you upload the images to whichever external source you want to, then you post links on your profile here leading to the images on the external source. I think that is all you need to do, though I'm not 100% sure. (If it isn't, I would suggest looking at/copying the code from the profile pages of Math and Path, as they have working external images displayed there.)

Thanks for putting my first 3 Pages in the right catagory :)

Not a problem! However, what I actually did was move those pages to your blog, as that is where ideas and social content like that belongs. Enabling commenting and changing the categories on the new page is just part of the process. :)

Could you give your opinion on this when you have time?

thank you for the message, Oscurita. But why can I not mine Demonite in the corruption with my gold pickaxe? AFallenAngel (talk) 18:22, February 11, 2014 (UTC)

I responded to your question in the thread you made a little while ago.

hey. i have a question.. i cant kill the clothier. its night, i have the doll equiped,  npc is living next to dungeon. i try to kill him and there is noting going on. ist it 'cause i'm still pre-hardmode? thank you  Athemnea (talk) 15:50, February 13, 2014 (UTC)Athemnea

What weapon are you using? The first time I tried to kill him to re-summon Skeletron, using any weapon except a sword did nothing for some reason.

Hello Oscuritaforze, I wanted to see what your thoughts are regarding closing this particular thread, as it is getting very long, goes off topic, and is mostly getting filled with newcomers saying how excited they are to play in it and stating obvious things. Perhaps a new thread could be started with the specific goal of discussing volunteers to run the server, and ideas on how to get the server up and running.

That's not a bad idea, actually. I was hoping that the edit I made to the OP of that thread would be enough, but I guess it wasn't.

Thread's been closed; I'll start the next part of the topic in a few minutes.

Great! thanks for doing that. Hopefully this helps to get things moving in a forward direction.
Squazzil (talk) 20:47, February 13, 2014 (UTC)

Hey there, Oscuritaforze. With the release of 1.2.3, I've noticed quite a few name conflicts between the item list and NPC list such as Bird, Scorpion, and the other critters. I believe GetDataID is an 'all-in-one' kind of template, when it probably shouldn't be. I was thinking that we could split the template into two separate templates (or however many separate lists are included in it) and use those separate templates within the corresponding infoboxes. Let me know what you think. :)

I get the feeling that that would be for the best – we've already had some Data ID confusion over The Destroyer vs. The Destroyer (Painting) in previous updates, and it would probably be more work to keep the GetDataID template working properly and without conflict as it is now than it would be to split it in two.

Alright, sounds good. I was thinking of maybe renaming(?) the current GetDataID to GetItemDataID, use the first section of data IDs from the current template, and create a new template GetNPCDataID for the remaining data IDs. After that, modify the infoboxes to use the item template for items and the NPC template for NPCs (monsters/bosses).

That sounds like a good idea. Only thing is that the GetDataID template is called in the "Navbar-right" template, so it might take some finagling to get it to call a different template depending on what kind of page it is placed on.

(Also, would you check to see if the "Rename" option appears on the template for you? I seem to remember moving pages in the template namespace only being available to admins...)

Ah, I didn't realize the template was included in the navbar... Yeah, that'll require some thought before changing anything. As for renaming the template, it shows me the option to rename it under the same drop down to edit, view history, and refresh.

After some thought (and other things), why not pass an argument to the navbar template from the infobox pages indicating which 'type' of navbar it is? Then inside the navbar template, simply switch/if on that argument to determine whether to include a certain GetDataID template. Let me know what you think, although I'd have to play around with templates a bit more to fully implement this.
Drkpanoz (talk) 16:44, February 19, 2014 (UTC)

(Reset indentation) So, you mean have a switch result in the navbar template which takes an argument from the infobox to determine which GetDataID template to use? If so, then I think that would work.

Exactly, so you'd have {{Navbar-right|item}} and {{Navbar-right|npc}}, for example. That would then allow the navbar template to include the correct GetDataID template.

Hey Oscurita, somebody added a category named "critters" to all the Passive monsters, but wouldn't all those monster fall under the "Passive monster" category anyways making his "Critters category" kinda pointless?

Yeah, Category:Critters was definitely redundant with Category:Passive Monsters. I took care of it.

I cannot contact you on Smashpedia, so I'll try here.

The incident last night wasn't my fault. It was in fact my little brother's. I would never do something like creating blank curse word titled articles or delete posts. I think that Smashpedia is a fun wiki to show all you know about Smash.

I've been trying to contact you all night and day. I've tried talking to people over community chat, I've tried making a post titled, "Issue With Admin Block". I've tried everything!

I know you probably still don't trust me, but if I ever do this again, even if it wasn't me, feel free to ban me forever.

If you find this on all your favorite Wiki's, I have copied and pasted it into each one to get your attention. I REALLY want to get unbanned. I promise I won't do this again, and if I do, ban me for a ridiculous amount of time.

Sorry to leave a message right after I left another one, but I just checked the Community Central stage and it said admins can ban as long as they give a warning.

I was not warned ahead of time. Was it a mistake or do you think "I" was so mean you had to block me?

Titaniumshow: Attack of the Chinese spambots (?)

Just look at all her (its?) edits - they are all about some Chinese metal company or something. I suspect this might be some spam bot and I think that something needs to be done. Just a heads up. Sank Ur Ship (talk) 18:05, February 17, 2014 (UTC)

Blocked. Thanks for the heads up.

There's a guy who's adding random crap to pages and leaving it there so other people have to correct it! Rololuvsterraria (talk) 20:34, February 19, 2014 (UTC)

Responded on the threads on this topic. Thanks for the report.

Hello, I had a question.

I was wondering if there was anything that could be done about blogs. Recently almost none of the blogs are actually "blogs" but actually just spam (I'm assuming for the achievement). I was curious if there was anything that administrators might be able to do about this because they contribute nothing and from what I've noticed, it really bothers myself and ,more importantly, the other active wiki contributors in the community. It seems like a situation that would draw scrutiny to itself as a sort of misuse of the wiki. Thank you for your time.

Yeah, I sent several of the other admins (Dak47922, The Pathogen, Mathmagician, Port5, Dzylon, and Koggeh) a message yesterday on this very issue. I'll see if there are any replies in the next couple of days, then we'll go from there.

Re: Spam and policies

You can remove this notice at any time by removing the {{Talkback}} template.

Hey Oscuritaforze, somebody has begun to add a new catergory named "Visible Accesories" the creator of the page stated "This is Page made for accesories that changes look of your character." I'm not so sure this is valid, can you look into it?TerrariamcSwaggins (talk) 14:55, February 21, 2014 (UTC)

Hey Oscuritaforze, there is a user called Clemain Legend who has recently been adding a large number of pages to inappropriate, or ill-thought out categories, which took a lot of time for TerrariamcSwaggins to clean up. I do not think this is worthy of a User being blocked or banned, so could you please give him an official warning to take the wikia seriously and stop mucking around.

Looks like those edits were intended in good faith, so I don't think a warning is necessary at this point (especially since we don't exactly have a policy to tell users how to categorize pages). That said, I will leave him a short explanation of how categorization works on this wiki.

I am very for taking down achievements. As most tiny edits (I mean the edits which change nothing) and spam blogs are a result of the achievement system. --♪ I shot the sheriff! ♪ ~ 19:40, February 21, 2014 (UTC)

Retrieved from "https://terraria.fandom.com/wiki/User_talk:Oscuritaforze?oldid=447325"
Community content is available under CC-BY-SA unless otherwise noted.