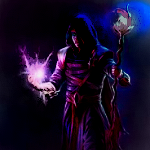 Hello Raythornclaw, and welcome to the Terraria Wiki! Thanks for your contribution to the User:Raythornclaw page. Here are several pages that can help you with where to begin:

There's a lot to do around here, so we hope you'll stay with us and make many more contributions. And again, welcome to Terraria Wiki. Please leave a message on my talk page if I can help with anything! The Pathogen (talk) 17:48, July 20, 2016 (UTC)

1. If people start to hate you, it's because you pretty much labeled the whole thread (implicating its participants) as cancerous, it's not because I pointed out your message, I even included a spoiler button for it. But you went ahead and quoted the whole thing I said and even broke the spoiler code... That's an interesting way of making sure people don't notice you.
2. I never said "giving you cancer" was a meme, I said it's an internet line.
3. You cant use your point that memes are dead since we are on the internet where memes are common and circulate like currency, not everyone will see every meme and know what's new or old. Plus, memes get created every day, there will always be new ones.
4. Have I ever said the posts in the thread are good? Nope. Did I disagree with anyone saying the posts are bad? Nope. I have posts there myself implying they are bad. I just didn't directly label them as cancerous and made an eye catching post about them, the way you did, to get everyone's attention.
5. What's with the race/judgmental mention? Most of my statements were in general, not directed at you. The only times I've said something directly to you was when:

A. When I rhetorically asked what your point is.
B. When I pointed out that you use "Cancer" lines.
C. You not caring if your post is highly disruptive in a thread, the other thread too.
D. Your conclusion which looks like you are insisting TheDiamondDragon leave.

To be clear, all of those times that I've mentioned you, it's to point out that I am talking about your points. It's not because I made you into the topic. I never judged you in any way, you are actually the one that brought up that I am from the other side of the world, how do you even know that? And why mention it? If anyone is being judgmental/racist or going personal, it's not me.
6. I never said you don't play Skyrim, I don't get why you are now making imaginary complaints about things I've never said... Going back on that post from the other thread, I was simply stating trivia, you are being unnecessarily offended with it, even talking about contacting Bethesda. Wyverns in Terraria are dragons and dragons in Skyrim are Wyverns, that's it. Based on your logic, it's actually weird you are making a fuss about Skyrim dragons but not with Terraria wyverns, what's stopping you from saying "Terraria Wyverns are Wyverns but Relogic thought 4 legs were cool"? My trivia points still stand. You don't need to be offended by it.
7. You mentioned "Accusations" the second time, I don't get what you are claiming at all, I did not accuse you of anything. I may have assumed your first point which lead to me explaining Terms of Use related things but that was more like a general statement in case that actually was your point. NOT an accusation.
8. I knew what your point was, my opening statement was rhetorical and then I wrote an explanation anyway related to ToU since your post about "Evidence" is heavily implying that his age is an issue enough that it requires proof, which would make people assume ToU breach, that is completely logical to assume, specially since there have actually been people here that have been globally blocked for being underage.
9. I never said you called TheDiamondDragon a troll.
10. You are now discussing my position of chat moderator which is totally unrelated to any of the points/topics made in that thread, once again, let me remind you, you accused me of being racist/judgmental. You seem to be the only one here making personal comments. On that note, I didn't do anything bad that would make it embarrassing, I never threw out any offensive insults and even though the thread is a bit distasteful, I was still defending it and pointing out that your post is unnecessarily unpleasant and that your post is too bulky that it derails the thread, you didn't even realize that was the reason why I used a spoiler code. Seriously... Besides, you are not in the position to talk about what's bad or not, you were the one causing trouble in the first place.
11. Building on point #10, my whole purpose back in that thread is to defend the thread and the people and to point out that your post is too bulky, opposed to your points against me which doesn't really serve any helpful purpose aside from defending yourself even though you were the one being unpleasant to begin with, you even complain about things that I've never said / things that was never talked about. You even went to saying my post may impress someone who has problems reading/writing, you throw one unpleasant statement on top of another. I don't see why you feel the need to defend that behavior of yours.
12. Making a wall of text is NOT supposed to impress/intimidate you, why are you trying to make it sound like a contest? I went through the effort to point out to you that your posts are the ones that are bulky and I used spoilers for mine. You are the one who doesn't seem to mind or maybe even make your posts eye-catchingly large on purpose, it was NOT necessary to quote the whole thing I've said, specially since you have broken my spoiler code. It's seems like you don't care much if posts become disruptive. It would actually be nice for the thread if you unquoted my post. ANyway, if I write a lot it's just because I talk a lot and I'd rather have you understand things clearly... Sadly, I still needed to re-explain several of my points.
⛧ RenzXVI // Talk  // Chat // 08:15, Fri 7 April 2017 (UTC)  ​

Your contributions on this Wiki

Hello Raythornclaw, I have noticed that you have consistently been making unneeded, sometimes rude remarks to others, writing responses that offer no help, and other immature jokes and trolling. While these things in my opinion have been on the milder side, the sheer volume of your comments is leading me to believe that you intend on continuing this unhelpful behaviour. If this does continue, I have made the decision to block you for an undetermined amount of time. I encourage you to be more helpful and less rude in the future so that you can still contribute. I am giving you a warning first instead of taking immediate action in hopes that you will be able to avoid a blocking. My goal isn't to just ban everyone from this site, but to make the experience here a good one for the whole community.

Retrieved from "https://terraria.fandom.com/wiki/User_talk:Raythornclaw?oldid=592646"
Community content is available under CC-BY-SA unless otherwise noted.