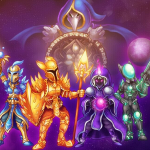 Feel free to ask or tell me anything about Terraria, War Robots, Warhammer 40k, Harry Potter,UberDolphius (talk) 07:32, August 24, 2016 (UTC) Call of Duty, Wargaming or Spore because I specialise in these games (and for Warhammer 40k and Harry Potter series') but I would love to know anything you would like to tell me. I am active mainly on the Terraria wikia, War Robots wikia and Warhammer 40k wikia (by the way, War Robots used to be called WWR or Walking War Robots so the wikia might still be called that). Hope you enjoy these wikias as much as I do.

Retrieved from "https://terraria.fandom.com/wiki/User_talk:UberDolphius?oldid=571964"
Community content is available under CC-BY-SA unless otherwise noted.